We had the chance to chat with Clinton Sparks and talk about his future plans, his EP and many other interesting things and today you can read our review on Beat-Town.com.

Beat-Town: First of all, I would like to thank you for doing this with us. In September you released your EP-debut, ICONoclast, in November you were touring together with Mike Stud and at the last period of time you release many remixes. Seems like a pretty busy schedule, right? What are your future plans?

Clinton Sparks: Thanks for this interview. I feel inadequate if I am not multitasking. There are so many things I am involved with but from a music angle, I just wrote, directed & starred in the video for my “The Reaper” record with Snoop & Problem. I have a record I co wrote & produced for The Mowglis titled “I’m good” climbing the billboard charts as well as working in records for many others from OG Maco to Riff Raff, Kehlani to Nelly in addition to my records.

BT: Are you happy with the final output of your EP?

CS: Musically speaking, yes. It’s exactly what I wanted to make & I got everyone on it from T.I. To 2 Chainz to Ty Dolla Sign just as I planned. It’s a great fusion of Hip Hop, Rock & Pop. Now, how the label promoted it, is a whole other story.

BT: From Mixtapes to standalone singles, you always seemed to fit very well in the role of the producer. Is it easier for you to produce your own singles or do you prefer to work on other artists’ tracks?

CS: I enjoy making music period. It’s frustrating when you have great ideas for others that they don’t quite understand & equally frustrating when you want to stretch the boundaries of familiarity & people don’t get it. It all ends up working out in the end. I have a lot of music in my laptop & a bunch that are finding homes, as well as some that will come out as Clinton Sparks records.

BT: How did you feel being nominated for a Grammy Award in 2012? Were you disappointed for not winning it? Do you believe someday you will get a second chance in getting this legendary award?

CS: I will certainly get another chance & I will for certain be there again. I was definitely not disappointed as it was awesome just to be nominated & be there. Everyone knew Adele was gonna win that year. Good times being there though.

BT: I was impressed of how you handled the legacies of two huge names like Notorious B.I.G. & Bob Marley on the track “Hold Ya Head” back in 2004-2005. Did you feel any pressure on working on a track like this?

CS: I don’t feel pressure to work on music that I want to work on. I make what I thinking awesome & hope someone else feels the same. I made about 6 records pairing Biggie up with other legendary artist that have passed away from Luther Vandross to Aahliyah. The Bob Marley one stuck. You can hear some others on my Bad Boy mixtape.

BT: Is there any song or artist that challenged you more than others?

CS: Not really. Working with Diddy was pretty intense & frustrating because he always tries to make you better & what your doing better. When you think you nailed it, he tells you to do it over. Everyone gets annoyed but then the end product is dope because he pushed everyone.

BT: When I hear the name Clinton Sparks, I am always associating your name with great radio shows and massive Mixtapes. After so many years, how do you feel about those two types of media? For better or worse did they change after so many years?

CS: Thanks man. I still do both & they garner tangible results for me. I gained a lot of new fans from MIXTAPES & I am syndicated on radio in 13 cities from my hometown of Boston, Massachusetts to Sydney, Australia & it gives me a voice weekly to millions of people to break new music.

BT: I personally loved “Geronimo” and the Greek audience seems to embrace it too. How did this collaboration between you, T-Pain, Ty Dolla $ign & Sage The Gemini happen?

CS: Long story short. DJ Montay (T-Pains DJ) played me some records he made with Pain that were older. I heard Pain say “It’s going Down, Geronimo” in a verse & said that would be a great chorus. I asked for the vocals, chopped them up & made a new beat & then hit Ty & Sage to get on the record which they agreed to. I got Sage thanks to Mistah FAB & Ty from my talented songwriting friend, Gizzle.

BT: I want to thank you again for this very interesting interview. Any last words for your fans in Greece?

CS: I Love Melomakaronas & I want to come do some shows in Greece & eat some authentic ones. Clintonsparks.com Get Familiar!

Ιf you want to keep in touch with Clinton Sparks: 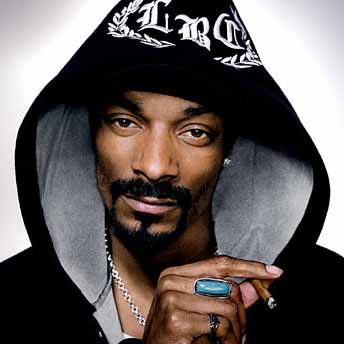